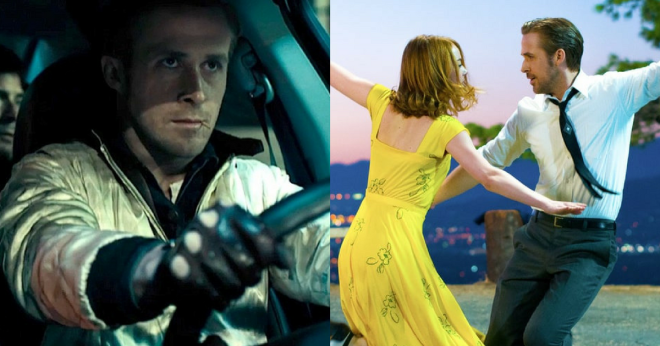 Once The Notebook came out, we knew that Ryan Gosling wasn’t going anywhere. Even still, it’s remarkable just how many quality movies he has been able to attach himself to in the decade or so since.

The ranking below is meant to be an objective look, informed by multiple sources, including but not limited to, Rotten Tomatoes freshness rating and IMDb user rating, which are listed.

An attached store (out of 100) is also included as a way to show just how far critical and public opinion deviates from one movie to the next. This score is a weighted average of all of the factors taken into account.

It’s just too much of a stretch to call Remember the Titans a “Ryan Gosling movie.” Gosling’s name shows up deep into the credits with 15th billing but for anyone who didn’t grow up watching Young Hercules or Breaker High, this would have been their introduction to the future powerhouse. And with a scenes like this one, is it any wonder he became a star?

Crazy, Stupid, Love. is a romantic comedy that elevates its genre rather than being restrained by it. It’s more mature than your typical rom-com, earned Gosling a Best Actor nomination at the Golden Globes. It also gave us one of the most gif-able movie moments of all time.

9. The Ides of March

Written by George Clooney, Grant Heslov, and House of Cards showrunner Beau Willimon, The Ides of March isn’t the most thrilling political movie ever but it’s superbly well-acted and it earned Gosling a Golden Globe nomination for Best Actor.

8. The Place Beyond the Pines

While the movie’s structure isn’t to everyone’s liking, particularly by the time the third act crawls around, The Place Beyond the Pines still found its way onto several critics’ Top 10 lists for 2013.

7. Lars and the Real Girl

It’s not too often you see a movie about a person falling in love with an inanimate object but Lars and the Real Girl shows that it can be done. The movie is applauded for walking a tightrope, never giving into tawdriness or sentimentality. At its center is Ryan Gosling, who, once again, earned a Golden Globe nomination as the titular Lars.

It isn’t easy to see a marriage fall apart. Michelle Williams (who was nominated for an Oscar) and Ryan Gosling’s performances almost make this movie too tough to watch. Critics weren’t shy about heaping their praises onto Blue Valentine, including several – like Nick Rabin from The A.V. Club, who called it the best movie of 2010. And, you guessed it, Ryan Gosling was nominated for a Golden Globe for Best Actor.

Fans of Shane Black’s The Nice Guys consider it a smart and sharp throwback to buddy movies and even its detractors can’t ignore the charming, comedic chemistry of Russell Crowe and Ryan Gosling.

Considering how many movies there are out there about white teachers with hearts of gold, trying to improve the lives of students of colour, it’s easy to assume that Half Nelson would be more of the same. Nonetheless, the movie struck audiences with its authentic characters, particularly Gosling’s Dan Dunne, a role which earned him his first Academy Award nomination for Best Actor.

It’s become kind of trendy to call Drive overrated but its understated romance and incredible style are hard to ignore. Gosling’s silent driver is a somewhat mysterious figure who calls back to heroes of cinema past and it’s a role he carries well.

While hardly a vehicle for the actor, financial crisis edutainment piece The Big Short is still held together by Gosling’s narration. If accolades count for anything, the movie’s five Academy Award nominations (including a win for Best Adapted Screenplay) are nothing to shake a stick at.

While La La Land is likely to be remembered as the movie that specifically didn’t win Best Picture at the Oscars, it would be a shame for that to be its only legacy. Everything, from the movie’s direction, to its acting, to its music has earned acclaim, including a record-breaking 7 wins at the Golden Globes, including Best Actor in a Comedy or Musical for Ryan Gosling. He also earned an Academy Award nomination for the role.

The inspiration for this list is our upcoming podcast episode about Drive so be sure to keep an eye out on Facebook and Twitter for when that episode drops.