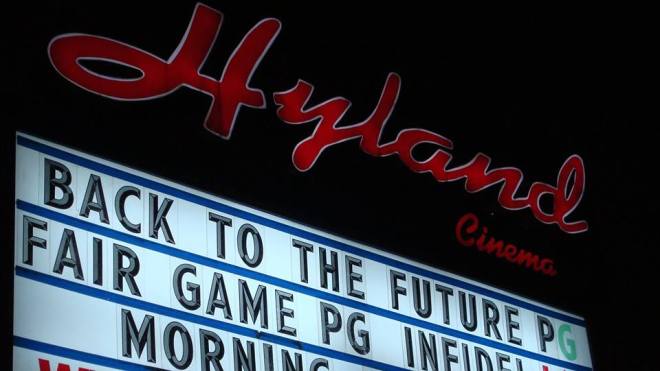 The last time we got together, I had the chance to speak with Jeremy Hobbs and Victor Liorentas about one of my all-time favourite movies, Jaws. During that conversation, we spent a ton of time talking about things that weren’t the movie we came to talk about.

So, instead of losing those parts of the podcast, and instead of asking people to listen to a 2.5 hour episode, I’m releasing a Part 2, as it were, which is actually just a great conversation on its own.

We talk about film projection, the so-called “Digital Apocalypse,” Victor’s career as a projectionist, and, most importantly, why these two have dedicated so much of their time to creating Retro-mania at the Hyland Cinema – a monthly screening of classic movies in as close to its original presentation as the guys can make happen. We’re talking curtains, we’re talking 35mm film prints – more than anything we’re talking about presenting movies the way they were intended to be seen.

Retro-mania at the Hyland Cinema is a monthly movie screening series hosted at London Ontario’s Hyland Cinema. You can follow all of their events on Facebook.

If you like what you heard this week, why not subscribe to The NetFlakes Podcast on iTunes, or whichever podcast platform you use.