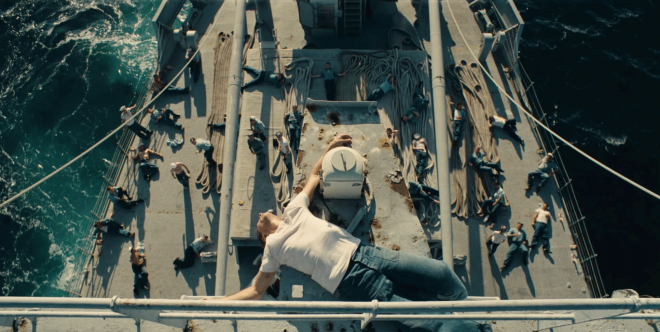 P.T. Anderson’s The Master is a movie about two parallel lives that, whether by fate or coincidence, intersect. The composition, mise-en-scène, and blocking in the movie has stuck with me since I watched it. I was most struck by the motif of parallel lines that emphasize the absurdity of Freddie’s path crossing the Master’s, and the strange consequences that come as a result. Below are some of my favourite images that either directly or indirectly evoke parallel lines.

This over-the-shoulder shot positions each man in parallel lines (and is even shot through the parallel bars of the adjoining cell) despite their heated exchange.

Freddie’s violent fit, throwing him at all sorts of angles, is made all the more jarring in juxtaposition to the Master’s relaxed stance in line with the vertical bars. But Freddie’s arms are tied behind him, making his body one line, while the Master can prop himself up with his free arms and disrupt the parallel bars. This says a lot about the Master’s ability to control, and Freddie not being in control of anything — even himself. 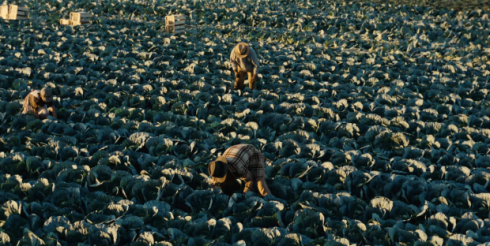 The shot of lush green crops growing in rows travelling horizontally on a slight angle contrasts beautifully with Freddie’s manic escape across the grain of vertical lines of barren soil. In fact, horizontal parallel lines vs. vertical parallel lines often point at the tension Freddie is experiencing. 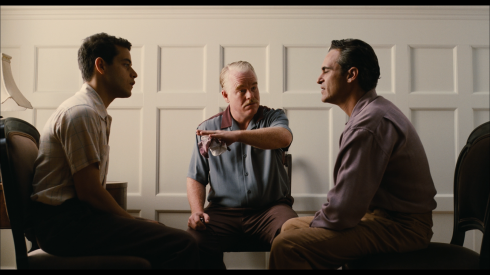 Here, the three men create vertical parallel lines on a backdrop of intersecting lines. The Master is encouraging Freddie and Clark’s crosstalk-turned-verbal sparring with a horizontal pointing motion that cuts the frame and highlights their clash.

Freddie’s angled elbows jutting out to emphasize his strange mannerisms (and by extension the fact that he is a stranger) are perhaps the most memorable part of Phoenix’s portrayal. In scenes so concerned with parallel lines (there are some in those stills, too), his right-angles stand out even more.

Like the featured image to this post, here Freddie’s angles intersect the parallel lines, further underscoring how out of place he is. 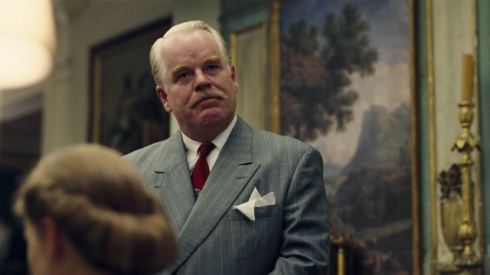 There are glimpses throughout the movie of when the Master and Freddie align — literally and figuratively. In these shots above, each has his head cocked at the same angle while he suffers the skeptic trying to undermine the Master’s work. 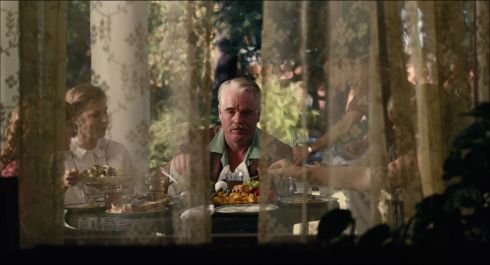 The blocking in the movie goes a long way to underscore the use of lines. The Master watching Freddie through vertically pleated curtains call to mind the bars of the prison cell, where again, the Master is at ease, while Freddie is disturbed and anxious, walking endlessly from one side of the room to the other with Sisyphus-like futility. 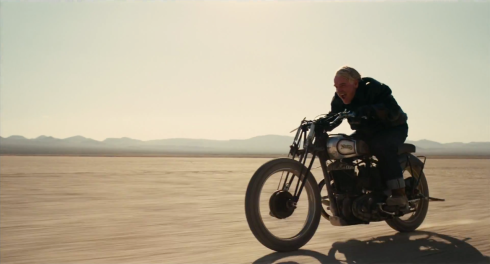 But of course, despite whatever circumstances that made their lives intersect, the Master and Freddie eventually part ways, literally driving off from the same point in opposite directions like parallel lines extending from the centre of a circle.