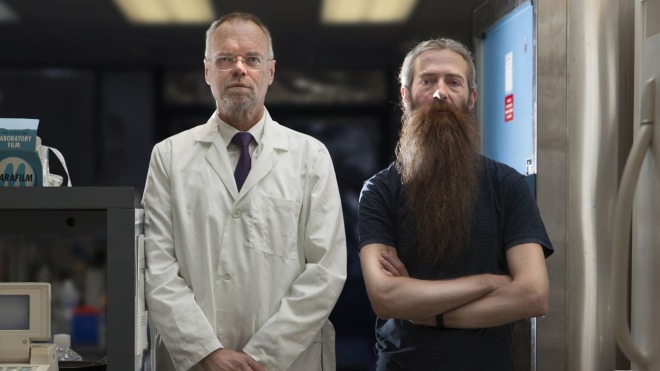 Expectations are understandably difficult to manage when dealing with a documentary about people whose life’s work is in discovering a cure for aging. At first glance, the choice to feature the face of a man with an enormous beard seems to suggest that the movie is going to be an exposé on a modern crackpot alchemist. It’s an unfair prejudgment but it’s one that the marketing department who made the poster must have known we would be making. The thing is, that is, at least partially, what The Immortalists is about. 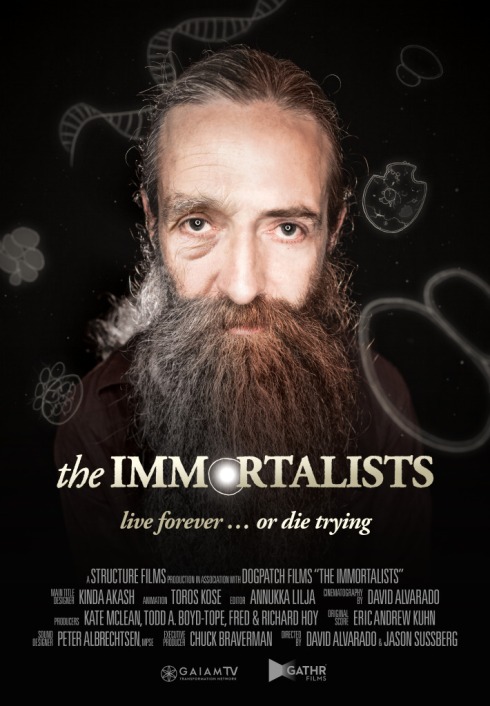 The documentary does two jobs: it builds up the two titular scientists (Aubrey De Grey of the aforementioned beard and Bill Andrews) and then it tears them down. Half of the time, we are exposed to legitimate-looking (at least to a civilian) science and testimonials about just how smart our good doctors are. When all we have to go on is their opinions, it feels absolutely possible, nay inevitable, that a cure for aging is right around the corner.

Then the film takes an opposite tack and shows challenges to their methods and, sometimes most interestingly, reveals personality traits that, whether fairly or unfairly, shake that just-created unwavering faith in their inevitable success. The result is a meticulously balanced look at both men which leaves the viewer’s curiousity piqued but with uncertainty about the viability of the anti-aging field.

As I discussed recently with Stephen Szucs in our podcast about Cowspiracy, it’s easy to see it as a flaw when a documentary shows its agenda. The Immortalists is a fascinating counterpoint to this skewed style of filmmaking. Each man is celebrated and criticized in equal measure, often in mirror opposition to each other. When Andrews is riding high, De Gray’s eccentricities are exposed. When Andrews faces a humbling failure, De Gray receives unprecedented funding. It’s not a token amount of balance to be able to cloud an agenda. It’s balance for the sake of balance – it gives the viewer all of the evidence, leaving us to decide for ourselves what is true and more importantly, what is relevant.

The Immortalists is an optimistic paradigm shift that offers to try to solve the biggest threat that humanity has even known. But it’s also an exposé on two naive caricatures who may be toying with a Pandora’s box of catastrophic consequence. You can choose your own adventure in how to experience it, even if all you choose is to bear witness to an impressive balancing act.

The Immortalists is also available on Amazon.