This Oscar-nominated documentary details the life of late musician Amy Winehouse. While the praise for the film is near-unanimous, her father has been outspoken for how he is presented in its final cut. Whether this is a lack of objectivity on his part or the filmmaker’s desire to create a compelling narrative is difficult to say but the film nonetheless present an presents an unprecedented look into the life of one of music’s tragic figures.

As the original run of Billy Elliot: The Musical runs its course after 11 years in London’s West End, the show will endure thanks to the theatrical and home video release of this 2014 performance. The musical, inspired by the 2000 film Billy Elliot has music written by Elton John and was considered to be the best musical of its year, according to the Tonys.

There isn’t too much English-language information out there about this South Korean drama but from what I can gather, it is a modern story, inspired by the titular biblical characters. So Ji-sub has won a handful award for his role as Lee Cho-in, the younger,  and more revered son, whose relationship with older brother is torn apart by jealousy. 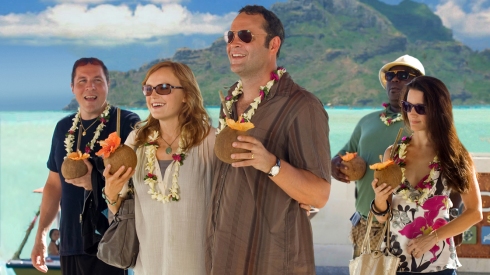 I personally don’t have any interest in checking this one out but, considering how much money it made in the box office, this one will be showing up on my profile for a few weeks. Something I just learned in reading about this movie is that former model Ilina Krupnik issued a failed $10,000,000 lawsuit against the movie for a scene in which Jon Favreau masturbates to her picture.

I would have totally passed this movie by had I not noticed Adam Pally’s face on the poster, looking like Matt Damon from The Informant!. There’s still enough positive goodwill left over from Happy Endings for me to blindly put faith in a film I’ve otherwise heard nothing about.  Besides, there’s something charming about the idea of Pally playing half of a lame duo who, desperate in their loneliness, try to She’s All That each other into their skankiest selves.

Tangerine is notable both for content and its construction. Not only does it tell the story of a transgender sex worker seeking revenge on her pimp boyfriend for cheating on her while she is in jail, the movie was also filmed using three iPhone 5s smartphones. Response to the film has been overwhelmingly positive, with a 96% Certified Fresh rating from Rotten Tomatoes.