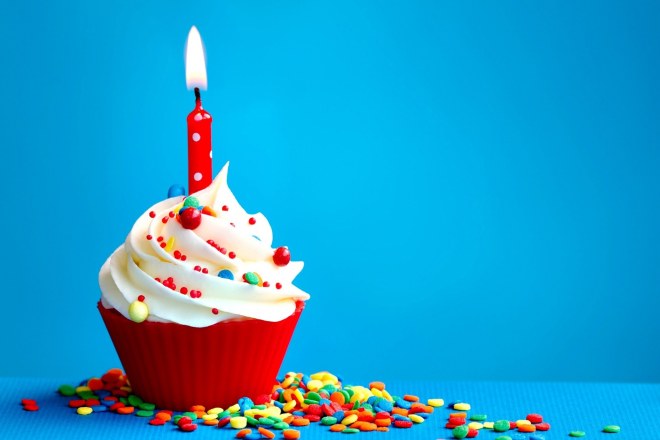 It was in February of 2015 that the first episode of what would become The NetFlakes Podcast debuted. It started off the same way a lot of podcasts do: two people realize that they are having these conversations anyway, so why not record it and put it on the Internet.

It wouldn’t be my first time talking about film. I wrote my first movie review for the University of Western Ontario’s student newspaper, The Gazette in 2006 and immediately, it felt like something I needed to do. I continued to write for the Gazette and, in 2009, started my own pop culture review blog, Death By Hippopotamus. The podcast seemed like the next logical step and how hard could it be? Talk a bunch and then put it on the Internet.

Naturally, I am an idiot and didn’t give the project any real thought before starting. I bought two USB microphones, downloaded the free preview of Adobe Audition, and just did it. Ignorance was a curse and a blessing at the beginning because I could have saved myself a LOT of stressful and awkward technological fumbling if I had just done some research before diving right in, but on the other hand, if I had known that this might turn out to be work, I might have never started.

When that first episode went up on Soundcloud, there was an immediate show of support from friends and family. The second episode’s stats showed that people’s polite support can only go so far. It would seem that not everyone is interested in listening to two amateur critics ramble about movies for 90 minutes. But, we kept going. We pushed through the technological issues, like a lost episode about Son of the Mask, which taught me the valuable lesson of actually testing your audio to make sure you haven’t left a crucial cord unplugged. We pushed through the distribution issues, again, not realizing there were easier ways to do things, I wrote – and continue to update – our RSS feed manually so that systems like iTunes recognize the show. We pushed through the environmental issues (many early episodes included regular guest vocals from my bird), which led to a partnership with LondonFUSE.

The time at LondonFUSE was fantastic. We suddenly had access to higher-quality equipment and a centralized recording space, which allowed for the addition of guests. As a result, the show sounded better and the show got better. They even made a launch trailer to hype up the show’s debut. Even more importantly, the LondonFUSE connection allowed me to meet many of the incredible people in London’s creative scene. It validated the project to feel like it was part of something special that other creative people thought was worth doing and contributing to.

The fall of that year brought a lot of changes. We started blogging, in order to talk about other Netflix content beyond the movie of the week. We added another contributor, Caroline, to keep things fresh and help with our online presence. We underwent a format change, putting more emphasis on the topic and guest rather than the personalities of the hosts. We moved our content to an independent blog (where you’re reading this now), so that we could have editorial control and could begin the process of monetization. And, in December, we started recording at 121 Studios, a terrific space that has provided a great amount of support and education in order to keep the show sounding as good as possible.

When The NetFlakes Podcast began, the premise (or gimmick) of the show was that the catalogue of content on Canadian Netflix was dismal. The example I always use is that we had Airplane II: The Sequel but not Airplane!. We would sometimes talk about classics, like Goodfellas, but we would also revel in the dearth of quality films by going deep into movies like Russell Madness, a movie about a terrier who becomes a professional wrestler. Now, the landscape has changed. Where it used to be almost essential to sneak into the US catalogue (not that we condone that sort of thing) in order to find something worth watching, now, there simply isn’t enough time in a week to watch everything that seems unmissable. For every Ex Machina we review, there’s an Inside Out that we just haven’t gotten around to.

Regardless of the quality of the content itself, there is no question that Netflix is how an increasing number of people consume their culture. What NetFlakes does is invites people to have a conversation about something that is available at their fingertips right now. Some of the most rewarding feedback I get is when someone watches and falls in love with a movie because they want to be involved in the conversation we’re having.

I want to wrap this up by sharing my thanks to a few people,

I have yet to have a conversation that I don’t remember fondly. Every one of you has given me new insight into these movies and has, in your own way, changed how the world sees them.

These two were the driving force behind LondonFUSE during our tenure. They are passionate patrons of creativity who made me feel like a valued member of their publication. Thomas took time to show me some of the ropes of audio editing, bringing up the quality of the show’s listening experience. Pam was and is always concerned with the community of LondonFUSE and did a tremendous job of fostering a network of individuals, which I was grateful to be a part of.

Charles is my guy at 121 Studios. He has the unenviable task of putting up with me as I ask embarrassingly basic questions for someone who has been creating audio content for over a year. He’s a great ambassador for the studio and is going to be a vital source of knowledge as the show continues to improve.

Chris was my original co-host and was a valuable partner in NetFlakes‘ first 8 months. Chris always believed that the project was an inevitable success and that enthusiasm was a tremendous source of momentum in getting the podcast up and running. His connections with the local creative scene were what led to LondonFUSE and to a new level of legitimacy.

When I first asked Caroline to be a guest on the show, I had no idea how valuable of a resource I was gaining. Again, I was benefiting from ignorance because I didn’t realize that she was a well-written, well-respected personality, I just wanted to gab with her about movies. When she agreed to become a regular contributor to the project, it was incredibly affirming for me, like ‘Holy crap, this thing MUST be good if she’s going to work on it.’ Now, I get to work regularly with one of the most insightful, intelligent people I have ever met.

To paraphrase and butcher a well-worn and sexist phrase: Behind every great woman is her silly husband, talking into a computer about movies and begging people to listen to it. I cannot and will not ever properly express my gratitude to my partner, Jessie, for her ongoing support in creating and building this project. Everything, from the Facebook “Likes” on every post to the much-needed scoldings for staying up until 4am in order to publish by my own self-imposed deadlines, means the world to me. She’s probably mortified reading this right now, having any attention put on her, but more than anyone, NetFlakes would not exist without this wonderful human being.

As much as I can say that I would be doing this project in a vacuum because of some intrinsic need to analyze films, it’s just not true. I love watching the hits roll in, I love all of your comments on the site, and I love the feedback you send me privately. I believe in the power of culture to provide us all a common language in which to explore the world and ourselves but communication doesn’t happen if I’m just yelling to myself in an empty room. So thank you for support, whether it’s skimming an article or downloading every podcast, it all makes this whole thing feel worth it.