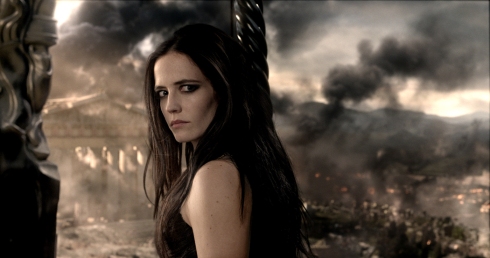 Say what you will about Zack Snyder but 300 was a sight to behold. Rise of an Empire, according to most critics, managed to replicate the style without adding much beyond a great performance from Eva Green.

I’ve heard great things about this show but haven’t taken the time to actually watch it. It sounds insane, and even a quick look at a summary of the first episode is giving me a lot of cause for thinking ‘Wait, what?‘ 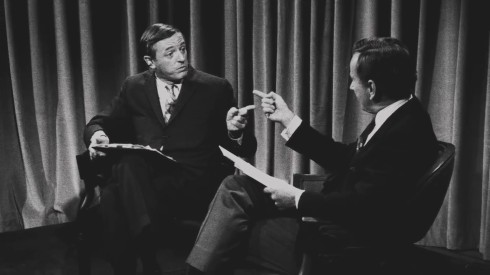 The whole two-party Crossfire-esque political banter we’ve come to become so deeply cynical of can find roots in a series of televised debates between conservative William F. Buckley and liberal Gore Vidal. Best of Enemies is a documentary covering the debates between two engaging, funny intellectuals.

When you don’t have cable, the timeline of new shows can seriously pass you by. Apparently, the second season of the Breaking Bad prequel/spin-off is a little over a week away. There’s just enough time to cancel your plans and binge-watch all 10 episodes before waiting a year and hoping that season 2 shows up on Netflix too. 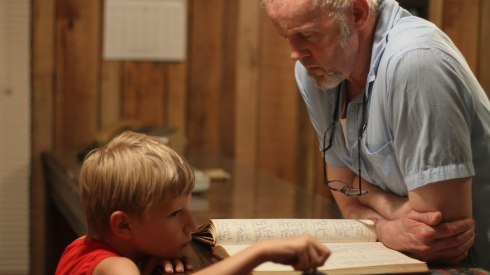 Kid stuff, especially father/son stuff has become pretty challenging for me to watch since having sons of my own. Objectively, I can say that The Boy, a movie about a young boy exploring his homicidal urges, looks creepy and unsettling. As a parent, it seems damned near unwatchable.

In a fascinating release strategy, Season 2 of Care Bears & Cousins has come out just four months after the first season. Considering how conscientious of data Netflix is, I wonder if they’ve found that that’s the ideal amount of time to let kids obsess over the first six episodes of a show. If that’s the case, Netflix, I could use some fresh Puffin Rock if it isn’t too much trouble. 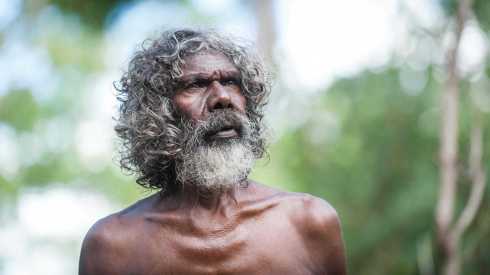 Frustrated with the rules and restrictions of modern life encroaching on his traditions, an Aboriginal Australian man decides to head into nature to reclaim an older but less secure way of life.

Not unlike but also totally unlike Charlie’s Country, C.O.G. stars Jonathan Groff (the voice of Kristoff from Frozen and wankpheasant extraordinaire Jesse St. James from Glee) as Samuel, who decides to try out a simple life at an apple farm. This isn’t Cider House Rules, though, and Samuel has a hard time ingratiating himself to the migrant workers and other characters he meets in his newly adopted lifestyle. The movie is based on an autobiographical short story by David Sedaris from the collection Naked.

If you’ve already seen all the Jackass movies and are hankering for more self-harm pranks, you may want to try out their Finnish counterpart: The Dudesons.

From the director of Jiro Dreams of Sushi comes a documentary celebrating the life and legacy of the Ford Mustang as it approaches its 50th anniversary. 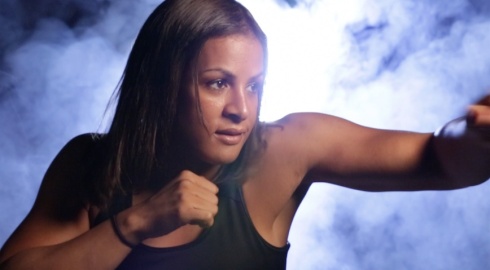 In a recent episode of The Cracked Podcast, they referred to sport as the last frontier of intolerance. They proposed that professional sports act as a bubble and many athletes become insulated against the “real world” without access to social change. This is the world of Game Face, where transgender MMA fighter Fallon Fox and gay basketball player Terrence Clemens strive to be the best in an industry that would rather avoid the complications they represent.

As we eke closer and closer to the legalization of marijuana, this 2000 documentary, narrated by Woody Harrelson, is a look at the historical and then-present state of the prohibition of marijuana. 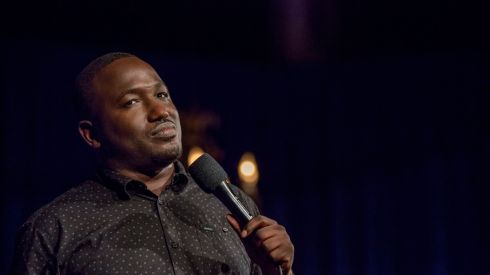 Does it count as whistleblowing if you’re telling a joke you’ve been telling for six months? Regardless, Hannibal Buress has become something of a folk hero after footage of him calling Bill Cosby a rapist during a stand-up routine went viral, opening up the floodgates and people’s ears to a decade of allegations. Animal Furnace is his 2012 special and Live From Chicago is from 2014, but Comedy Camisado is a brand-new Netflix exclusive, so it will be interesting to see what Buress does now that he has the spotlight. 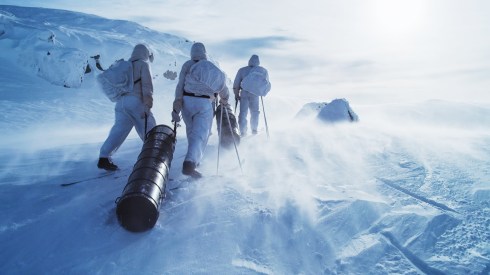 I was ready to skim past this one without a mention  except for the fact that a co-worker, who rarely recommends any kind of media to me, has been talking for the last week about how much he’s enjoying it. The Heavy Water War is a Norweigian/Danish/British co-production that tells the story of a Norwegian plot to sabotage heavy water in order to throw a wrench into Germany’s plans for nuclear armament. 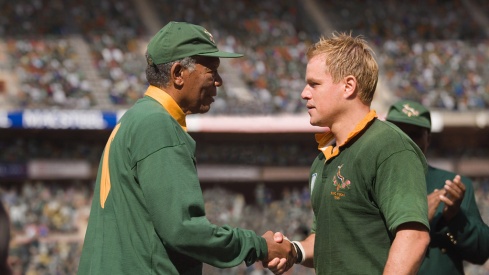 This is why we spend so much time and money going to get Matt Damon back from Nazi-occupied France, Mars, or entirely other galaxies. If we can convince him to stick around long enough, we can throw him into a rugby costume, then he’ll go off and fix racism with Morgan Freeman.

Less of a viewing experience and more of an amusing low mark in Ewan McGregor and Scarlett Johansson’s careers, The Island is also the step between Bad Boys 2 and Transformers for director Michael Bay. 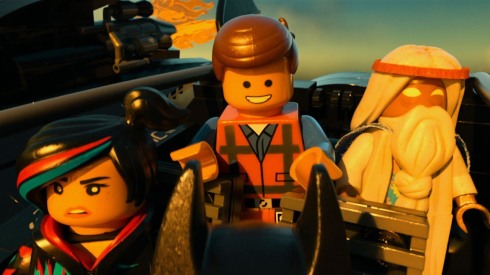 This movie had a doubly impressionable effect on me: it really made me want to play with Lego but it also helped me learn to relax and to realize how much stress can be alleviated by embracing chaos when structure is impossible.

I remember enjoying something about Machete. I honestly don’t remember whether it was a question of actually enjoying the movie or if I just loved the idea that that this joke trailer had been fleshed out into its own feature film. Regardless, Machete Kills is now here with more absurdity, uber-violence, and an inconceivably stacked cast, from Mel Gibson to Lady Gaga.

You know how you’ve always wanted a movie where Arnold Schwarzenegger plays the father to a daughter who’s slowly turning into a zombie and how you want it to be more of a touching movie rather than a raging Arnie flick? Well here you go.

A Picture of You

The scuttlebutt on independent and partially Kickstarter-funded film A Picture of You centers around its deftness in balancing the the emotional impact of grief with an honest sense of humour.

There’s no doubt in my mind that Pound of Flesh is awful but its premise is just so delicious. Jean-Claude Van Damme plays a former black ops agent who travels to China in order to donate a kidney to his terminally ill niece. When organ smugglers get the kidney first, he goes on a warpath to get it back.

It’s like Nancy Drew or Veronica Mars, except instead of one young female detective, you get five! This series also has the distinction of showing the first-ever on-screen lesbian kiss in South Korea.

The Dominican submission for Best Foreign Language film at this year’s Oscars (although not nominated), Sand Dollars is about the relationship between a wealthy aging expatriate and a local Dominican sex worker.

The Search for Life: The Drake Equation

It’s easy to forget that for all the alien sci-fi we see, there are actual people who do serious work in seeking out extraterrestrial life. This BBC documentary is about the so-called “Drake Equation,” created by Dr. Frank Drake, the founder of SETI (the Search for ExtraTerrestrial Intelligence) which is used to estimate the number of extraterrestrial civilizations.

In University, I had the humble pleasure of being a part of – but also an outsider to – a fantastic music faculty. I realized fairly immediately that I didn’t have the drive, passion, and talent for music that the people around me did. Seymour: An Introduction is a look into that world, detailing the career of Seymour Bernstein, who gave up an illustrious performance career to focus on music education.

Song of the Sea

Irish animation studio Cartoon Saloon makes some of the best animated movies you’ve likely never heard of. The Secret of Kells is a tremendous visual experience and Song of the Sea is no different. It’s a stunning world that celebrates both the mysticism and magic in nature and in family.

The Story of Maths

This is a four-part documentary about the history of math. Chances are you’ve probably already skipped past and aren’t even reading this sentence but just in case you aren’t, isn’t it adorable that British people put an “s” at the end of math?

For fans of period pieces, feminine perspectives, or good ol’ fashioned World War I stories, we’ve got Testament of Youth: a film based on the memoir of Vera Brittain, who walked away from an Oxford education to join her friends and family on the front lines as part of the Voluntary Aid Detachment.

In a futuristic Japan, rival gangs settle their differences the only way that really makes sense: violence while rapping.

In that I’ve never seen Tron, I don’t run the risk of the sequel besmirching my childhood. If anything, despite its bad reputation, I half expect that Tron: Legacy to age well and become something of a Speed Racer-esque cult classic.

Hidden between The Sixth Sense and Signs, Unbreakable is probably the only M. Night Shyamalan film you could call underappreciated. It’s an examination about heroism and fate that knocked the socks off of 14-year-old Dylan. 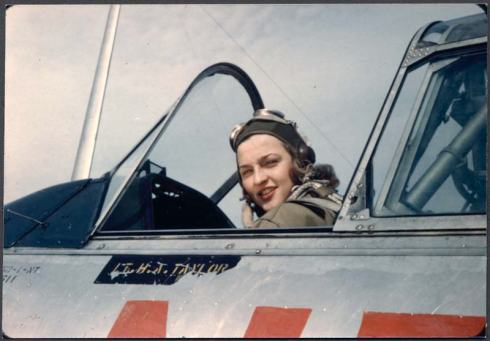 Unsung Heroes takes the time to acknowledge and celebrate the lives and contributions of several women throughout history who have served in the American military. From women who cross-dressed in the Civil War in order to get a chance to fight, right up to the high-ranking officials currently serving, these women put their sense of duty before their adherence to gender norms.

It’s that other episodic, star-studded holiday movie that made us all wonder (however briefly) if Love Actually was actually as good as we remembered. Oh, and in case you didn’t get your fill after this and New Year’s Eve, director Gary Marshall’s new film, Mother’s Day is due out in theatres this year.

From what I recall about the How Did This Get Made? about this movie, it is an overlong, confusing failed attempt at a magical time-travelling romance. After that rave review, I can’t imagine I’ll be checking it out.