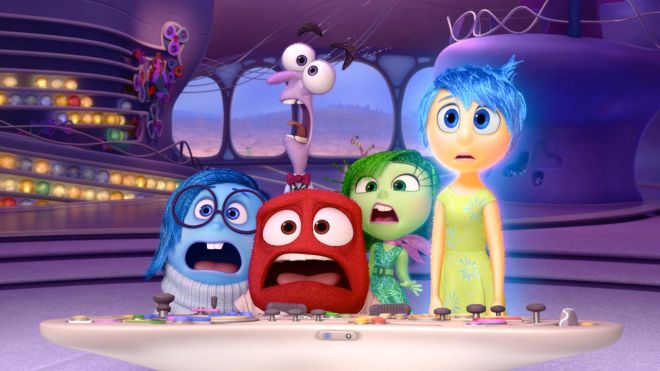 Posted on February 1, 2016February 1, 2016 by Dylan Clark-Moore Posted in Articles, What's New on Canadian NetflixTagged Disney, Ever After High, Inshallah Kashmir, Inside Out, Netflix, Stay Awhile, The Bells, The New Girlfriend

While it’s easy to be dismissive of a web series designed to promote an already popular Mattel toy franchise, Ever After High also seems to be willing to dabble in interesting storytelling. At the crux of the series is the struggle of the characters (the children of popular fairy tale characters) as they enter high school and either choose to accept their destinies or rail against them. Perhaps most interesting is Raven Queen, daughter of Snow White’s “Evil Queen,” who risks the future of her story and her family as she struggles against her destiny to become a villain. With that in mind, I’m likely to never watch it, as it looks like an optic-destroying Candy Crush-esque explosion of colour.

A few weeks ago, we looked at the troublesome distribution and censorship of Inshallah, Football. Inshallah, Kashmir is director Ashvin Kumar’s follow-up work: a documentary about people in the disputed region of Kashmir. It’s made up of a series of interviews where residents recount the horrors of their lives in a disturbingly deadpan manner.

I’ve said this before (and quite recently) but this whole Disney-on-Canadian-Netflix thing is pretty sweet. For the past few years, Disney movies haven’t really existed for me, due to their lack of existence on Netflix and my lack of willingness, patience, or energy, to watch them by any other means. Now, Inside Out, considered by many to be the best movie from all of 2015 is right here at the click of a button! What a time to be alive.

It’s not uncommon to hear a story about new romance forming between two people, joined in grief following the death of a loved one. The New Girlfriend‘s extra wrinkle is that this romance is sparked by Claire’s discovery that David enjoys cross-dressing. What ensues is an affirming examination of personal identity and gender.

Hey Canada, how about a Canadian-made documentary, written and directed by a Canadian, about early 70’s hit Canadian music group, The Bells.