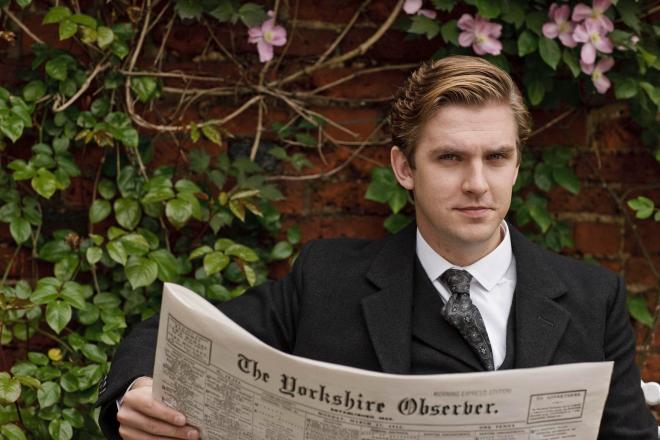 Summer is coming to an end. The days are getting cooler and shorter, and I will likely be spending more time indoors watching Netflix over the next two seasons. Of course, this season wasn’t without its Netflix viewing. In fact, this summer I fell deeply in love. Then, like most summer flings that burn hot and heavy under the blazing sun, my love fizzled out. How did this happen? Why did I fall so hard and fast, then so out-of-love, with Downton Abbey?

Of course, I knew Downton Abbey existed before I met it. I had heard of it: lots of my friends loved it, and wondered why I hadn’t given it a watch. To be frank, it was some sense of strange pride. I wasn’t going to be swept up in this period drama fad like so many others had. It had no hold over me, and never would. Sure, it looked interesting. But I resisted watching for years – five series had already aired with not so much as a trailer-watching from me.

But this summer, I needed something to do after long days of teaching, and Netflix always fills that void. I wanted something engrossing, something I could look forward to, and something that would draw me in. Reluctantly, I clicked on episode one of series one.

The performances were engaging. The plot was interesting—if a little silly—and some of the characters were so loathsome I simply needed to see if they would get their just desserts. I wrote and erased three or four tweets along the lines of “I’m not sure what everyone sees in this show…” before I admitted to myself that I was getting sucked in. Okay, I’ll try another episode.

Suddenly, the whole first series is done, and I can’t remember how many days it even took (surely it was more than one day!?). I was smitten — no: I was in love. It had all the trappings of a whirlwind romance, though I didn’t notice then. My heart raced at the suspenseful cliffhangers and plot twists. I exclaimed out loud for only my cat to hear whenever I was caught in disbelief. I was shocked and dismayed at the tragedy that befalls Downton on a regular basis, and any moment of triumph or happiness shared by the characters began to feel like my own. I looked forward to going home so I could watch another episode (or three). I had it bad.

Series two started out even more intensely. WWI was gripping Downton, just like it had Highclere Castle, the real-life setting of the show (I watched Secrets of Highclere Castle, part of a PBS series on historic British buildings, years before I started watching Downton Abbey). By this point, I was in love with two characters: Lady Sybil and Matthew Crawley. Their plots jumped around to exhilarating highs and heart-breaking lows so much over the course of series two that I could barely catch my breath. Meanwhile, the Dowager Countess (Dame Maggie Smith) and the fantastic cast of characters of the “downstairs” people kept the very necessary—albeit scant—levity alive.

Sometime around the middle of series two, I started to notice a change. I didn’t want to admit it to myself; one never does want to admit that they are falling out of love. The ebb and flow of the suspense and melodrama that had so coaxingly absorbed my interests had begun to seem forced. The plot seemed much more soap opera than it had before… or was it always like this, and I had been blinded by my rose-coloured glasses?

Around this time, I decided to Google the actor for Matthew Crawley. He was handsome and intriguing, and because my smitten feelings were starting to fade, my eye was starting to wander. Was Matthew Crawley’s actor in something else I could watch?

If you haven’t yet watched Downton Abbey, and you think you might want to, I caution you in one way: do not Google “Matthew Crawley.” The autofill, the very first thing that pops up next to the character’s name, is a spoiler.

I now knew the fates of my two favourite characters, and I had experienced so many ups and downs in series two that I just didn’t think I had the strength to continue the relationship. Knowing what I knew only demotivated me to continue what was now more work than pleasure. But, out of misguided hope and a sense of romantic idealism, I pushed on and clicked play on the Christmas Episode of series two.

It was the harshest episode yet. There were so many disappointments and worst fears coming true. Then there were some redemptive chances, with looming foreboding sensations one could probably expect from any drama series. And then, the final scene resolves a problem that all viewers must have been biting their nails over since the first episode. It ends in euphoria and hope, and it was, for its part, satisfying.

Then, as Netflix started to play the first episode of series three, I knew I had to stop. I had to take a break from this tumultuous relationship. Like any relationship that you lie to yourself about, I knew that this happiness was not to last. I knew that starting the third series would only pull that happiness away…and worst yet, the spoilers had bitterly shown me just how low my despair regarding the lives of these characters could go.

Two weeks went by. I would see Downton Abbey come up on my “recently viewed” list and I would avoid it, like running into an ex in the grocery store. I wasn’t ready. I couldn’t. I wanted to, but I couldn’t.

Then one day, I said “fuck it” out loud, and pressed play on episode one of series three.

Have you ever gotten back together with someone after the fling burns out, and you know almost immediately that everything you missed about the relationship is gone for good? And that getting back together was a bad idea?

Series three started well enough, but the dramatic conflict near the end of the episode was so forced and so farcical, I knew that all the warning signs about what made series two too melodramatic were coming to a head. No longer were the strange and coincidental lives of these characters the secondary device driving a story that was more character-driven than plot-driven. Now it was painfully clear that the characters were caught in a series of for-the-sake-of-the-gasp pitfalls and unlikely resolutions.

Of course, people have told me to persevere. “It gets better again,” they say. “Skip right to series four if you know the spoilers,” they say. Summer flings all end for the same reasons: the circumstances that made the relationship convenient have changed; we’re no longer the people we were; we no longer give each other what we need.

Like any summer romance that has come to its end with the changing of the seasons, my relationship to Downton Abbey can’t be forced. And while part of me wishes that I was all caught-up and still enamoured so that I could join the excitement of the millions of people waiting impatiently for the final series, debuting this month… I know that our time in the sun won’t come again. Farewell, Downton Abbey. I wish you the best.

(I’ll probably still look up the finale’s spoilers, though. There’s nothing like creeping an ex online.)