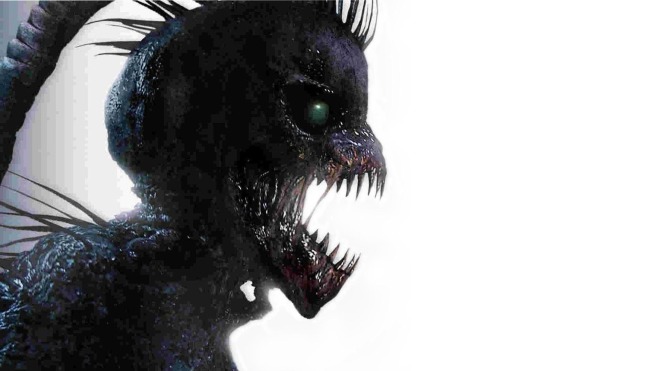 Despite seeing it right afterward, and The Blackout being a pretty poor film, I can’t bring myself to hate it as much as I did Wrong Turn 3. In many respects, The Blackout is a worse film. It looks pretty bad, the acting is wretched, and the character types are even more wooden, but its redeeming quality is that it seems to be a labour of love. You get the feeling that the people involved with the movie were the friends of the director, and that the actors are college buddies who are doing the gig as a favour. It’s very likely that I’m wrong and that this is just a fantasy that I have concocted to make me feel better about the movie, but, since Imdb.com keeps crashing my browser, I have no way to confirm or deny my theory. So, onto the terrible.

As I mentioned before, this movie looks pretty bad. It’s shot with some kind of professional camera, and everyone looks great, but there’s an amateur (or at least not the most refined)-ish quality to most of the special effects. The monsters (yes, there are monsters) look like guys in suits with CG scorpion-like tails coming out the back end. Which is fine, as long as it doesn’t look like guys in suits with CG tails. Adding to DIY aesthetic is the blood. Anytime someone gets stabbed, shot, or otherwise damaged, there’s a misty blood that shoots out of them, which looks like it may or may not have been drawn frame-by-frame in MS Paint. And, in keeping with my earlier theory, the effects are so transparent, it’s almost charming, like when a four-year-old draws you a picture or yourself with crayons and you look kind of like a llama, but it’s okay because they tried.

Then there’s the acting. The worst offenders are the supposed emotional core of the story, a set of parents whose children have gone missing in the basement of their apartment building during the titular blackout. Dad, who looks like John O’Hurley but sounds like Dan Aykroyd, seems to be reading off of a script and not really interacting with anyone around him. Mom, on the other hand seems perfectly calm except for when the script calls for “hysterical after seeing her son’s mangled corpse”, in which case she screams for about five seconds then goes back to the emotionless stasis from whence she emerged.

The rest of the characters are an insult to cardboard. There’s a tough guy (who also conveniently fulfills the big black guy stereotype), a young happy couple, a soon-to-be divorced couple, Dad’s wasted potential younger brother who inexplicably becomes heroic and self-sacrificial, a scientist, the tough guy’s younger brother who also needs to prove himself, and a handful of other, disposable creature fodder. So much so that I can’t remember anyone’s name except Ashley (the daughter, because it gets screamed so often) and Dylan (because that’s MY name).

Re-iterating the theory, I have no idea if it’s true, but The Blackout is best (and probably only) “enjoyed” if you assume that it’s made by film students, on a tight budget, who got their friends together, and called in a favour with cousin Jeb (because Aunt Verna says he’s “good with computers”) to do the effects. I really hope that I’m right, otherwise this is just a bad movie.