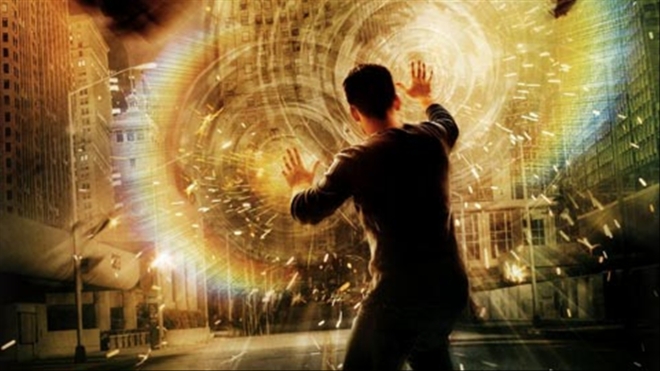 When I first saw a preview for Push, I thought that it was a blatant, shameless rip-off of the first season of Heroes. And it looked like it was going to bring the suck, in a big way. Well, as it turns out, thematically, it’s very similar to Heroes but it sucked less than I thought. Don’t get me wrong, I don’t want anyone running off and telling everyone that I loved Push. It just was nowhere as bad as it could have been.

In the world of Push, some people have superpowers, all of which are directly related to some kind of psychic ability. Apparently we have the Nazis to thank for this (as we learn in the tacked-on, but nonetheless helpful opening, narrated by Dakota Fanning). From there, we are brought into a world where these special people (who are categorized based on their abilities) are being hunted by a government agency called Division. Poop hits the fan when a super-secret serum, which is supposed to amplify people’s abilities, goes missing, and a group of Psychics/Heroes tries to… actually, it doesn’t matter. The main plot has little to do with what makes the movie good or bad, it simply acts as a vehicle for certain triumphs and failures.

Triumph #1: Cool action scenes. Particularly involving scenes with Movers (telekenetics, like Chris Evans’ character, Nick Gant), these battles take on an impressive scope of badassery. Whether it’s in the form of two men having a firefight-fight where neither is holding their gun, or one man taking on a squadron of army guys by deflecting their bullets, these scenes fall on the side of pretty cool.

Failure #1: The Bleeders. These are Psychics who can emit a high-frequency sound wave that causes others’ blood vessels to rupture (as witnessed by the exploding fish scene in a Hong Kong marketplace). While not an inherently lame idea, the sound itself gets really old, really fast, as does the failed intensity of seeing grown men ripping off their sunglasses David Caruso-style in order to scream at each other.

Triumph #2: Dakota Fanning. She does a great job of grounding the film, playing a young Watcher (she can see the future), who is determined to make a difference in the world, but along the way foresees her own death. Fanning does what she can with the material that she’s been given.

Minor Failure #2:The Sniffs. While it’s a neat idea to have people be able to read the history of an item just by touching it, most of the “Sniffs” in the movie do so by turning into bloodhounds (not literally) and literally sniffing the item. This end up looking like a celebrity stalker after breaking into Lindsay Lohan’s underwear drawer. It’s creepy and there’s no reason for it.

Failure #3-infinity: The story ends up following a whole lot of really illogical twists and turns. For example, at first, Nick is struggling with his power, barely able to roll dice the way he wants. Within a day, he has apparently mastered his skill (which we have been told takes years), in order for him to participate in the aforementioned tele-battles. These kinds of inconsistencies start to pile up until the big finale where he saves the world by doing something he would have had absolutely no way of knowing how to do. Enjoyment of Push is directly related to one’s ability to not think about what you’re watching, and to just take it all in. That being said, it IS possible to enjoy, although not too much.